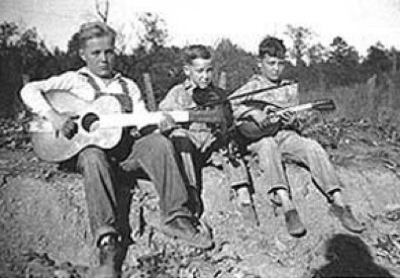 Here are a few representative OTM Mando players (old and new).  Please forgive me for any oversights or omissions.  Please send suggestions to Paul at paul@oldtimemandolinmusic.com.

Adam Tanner - Adam is a fine mandolin and fiddler player who is an adjunct member of the Crooked Jades.  Adam’s website features a video of Adam playing Shortnin’ Bread on the mandolin.

Bill Foss - Bill is an excellent and versatile mandolin player based in California.  Bill does it all: Early Jazz, Rags, Blues, OTM.  Bill has currently playing with at least three bands: the Knuckle Knockers (OTM) and Axelrod, Cary, and Foss (Rags and Blues), and Duo Pizzicato (Italian).

Brian Ray - Brian is a mandolin player from Madison, WI playing Old Time tunes and used to play in a mando/fiddle duo called The Briarpickers.

Carl Jones - OTMM player married to and tours with the most fine OTM fiddler Erynn Marshall.  Carl played on Norman Blakes most excellent mandolin oriented Round LP "Norman Blake - Original Underground Music from the Mysterious South  released in1982 on Rounder Records 0166.  Oh those were the days when Rounder was committed to real music and not driven by corporate lust.  It's a sad testament to the children of the 60's that they sell such a rich musical legacy to another big music corporation.  Ok I'll get off my soap-box.  Oh yeah you can get most of the Rounder old catalog on Amazon through their on demand service, and the prices are steep.  Of coure you can look for it used.  And of course for all you modern new fangled folks, you can of courrse stream most of Norman's recordings on varioius streaming platforms.  All the music from the Original Underground Music from the Mysterious South plus more mandolin music is available on the Norman Blake's Rounder CD titled Natasha's Waltz.  "Go crazy Ostrusko"

Charlie McCoy - Papa” Charlie is one of the three most important early blues mandolin players along with Yank Rachell and Johnny Young.  Charlie played Blues, Jug and other string band music mostly recorded in late 1920’s through the 1940’s with his brother Kansas Joe McCoy and a variety of other musicians and bands.  Charlie was also a fine guitar player.

Clyde Curley - Tone, touch, and timing.  The three T’s along with an uncanny knack for picking great OTM tunes to create some of the coolest OTM ever played on a mandolin.  Clyde has worked with Susan Songer to create The Portland Collection tunes books.

Curtis Buckhannon - Curtis plays OTM with The Buckhannon Brothers and the now defunct IL-MO Boys.  Curtis’ tremolo is as smooth as butter.

Ellen Vigour - Ellen play’s rhythm OT mandolin with her husband Pete Vigour in Uncle Henry’s Favorites.  An under appreciated job, OT rhythm mandolin, Ellen does a fine job of demonstrating how to do it well.

Howard Armstrong - Howard played fiddle, mandolin, and guitar with string bands like The Tennessee Chocolate Drops and Martin, Bogan, and the Armstrongs.  Howard’s playing is really genre bending.  He played OTM, Blues, Rags, Tin Pan Alley, World Music, Country, and the list could go on.  Howard played whatever kind of music was needed to get work.  There’s an excellent film about Howard called Sweet Old Song that was first broadcast on PBS.  The film is now available on DVD -> Sweet Old Song on DVD.   Also, not to be missed is Terry Zwigoff’s documentary of Howard titled Louie Bluie.  A great documentary with stories and music by Howard and Ted Bogan, Yank Rachell, “Banjo” Ikey Robinson.  Howard’s son Tom Armstrong plays bass on many of the tunes.   I forgot to mention Howard was also a fine artist and a poet.

Jim Watson - A great OT mandolin player who was a founding member of the Red Clay Ramblers.  Jim tours with Robin and Linda Williams and also plays with a group called the Ramblers which is an OT band with two other former members of the Red Clay Ramblers (Bill Hicks and Mike Craver).  There’s some good videos of Jim playing on YouTube -> http://www.youtube.com/user/ORCRfan.  You can find an interview of Jim from the Fall 1989 issue of the Mandocurcian Digest here: Jim Waston interview.  Be sure to visit the Original Red Clay Ramblers website for more information about Jim and his solo work.

Jody Stecher - Like Mike Seeger and Norman Blake, Jody plays about every stringed instrument and represents the OTM community well.  My favorite OTM recordings are from his years when he played with Kate Brislin and recorded for Rounder Records.

John Hasbrouck - John plays mandolin with the Northside Southpaws based in Chicago.  John plays a variety of early american music on the mandolin (Jazz, Blues, OTM, ragtime, and swing).

Kenny Hall - Kenny is a great OTMM and fiddle play from Fresno, CA.  Blind since birth, Kenny plays his mandolin in a vertical position with his fingers.  Kenny lived in Fresno, CA for many years and Fresno Folklore Society has a nice profile of Kenny.

Lynn “Chirps” Smith - Chirps started out playing mandolin in a group called the Indian Creek Delta Boys.  Chirps still plays mandolin, but is best known for his fiddle playing. Chirps was also a founding member of the Volo Bogtrotters.

Mandolin Mafia - Not a pure OTM group, but they play many great OTM tunes.  Kelly Purdue, one of Mando Mafia’s co-founders, passed away in December of 2005.  I’m not sure of the group’s current status

Mike Black - Mike, is not strictly speaking an OTM musician, but he plays mandolin in the spirit of OTM string bands.  Mike had a group called Three Bean Salad which included Dayle Dryer Black, on Fiddle and Mike Yoder on Guitar.  Mike composes most of the tunes for TBS.  TBS is worth checking out and consideration for expanding your OTM repertoire.  Lots of TBS tunes have a little bit of a modern sound, but I think they are written to be danced too and played over and over and over...  Drop Mike an email if you'd like to pickkup a TBS CD.

Mike Seeger - Outstanding OTM musician.  Co-founder of the New Lost City Rambles. Multi-instrumentalist.  I could go on and on and on...

Norman Blake - Another great multi-instrumentalist that plies his musical trade in the OTM arena.  Often plays as part of a duet with his wife Nancy Blake.  Norman’s OTM mando playing is scattered through out his work.  The CD Natasha’s Waltz is his most mando-centric recording.

Peter Ostroushko - Peter is not a strict OTM player, but he has recorded a lot OTM.  Peter has had a long and fruitful association with Norman Blake.

Randy Johnson - Randy Johnson former hard throwing MLB pitcher also know as the "Big Unit" is no the the Randy Johns the mandoline player.  Just checking to see if anyone is actually reading this stuff.  I mean no one ever send me an email.  At least drop me a line if you find a spelling error or a grammar mistake or if a link is broken or if something just don't make pain sense.  Common people were supposed to be a communit of mando players.  Now back to your regularly scheduled program.  Randy is a talented multi-instrumentalist specializing in OTM currently resides in Greensboro, North Carolina.  Randy is currently a member of The Carolina Jug Stompers.

Skip Gorman - Like Peter above, Skip is not a strict OTM player, but has plenty OTM on his recordings.  Skip plays a variety of Americana type music including Bluegrass (Monroe style), Cowboy Music, and OTM.

Steve Terrill  - Steve was born in Virginia and now lives in North Carolina.  He’s the CEO of the media conglomerate Old 97 Wrecords and occasionally plays mandolin with The Hushpuppies.