It’s a great tune and I’ve included a couple of small variations that are played on the recording.  I think you’ll be able to figure out what they are.

Adam Tanner recorded "B-Flat Rag" on his CD titled Rare Rags and Stringband Blues.  Adam’s liner notes provide some additional information about the band.  The band leader and fiddler Clarence Cobb was born in Madisonville (Hopkins County), Kentucky.  Other band members include Aubrey Prow on guitar, Houston Tucker on mandolin, and Noah Tucker on Bass.  Apparently the band won a contest and the prize was a recording date.  Seven sides were recorded for Gennett. 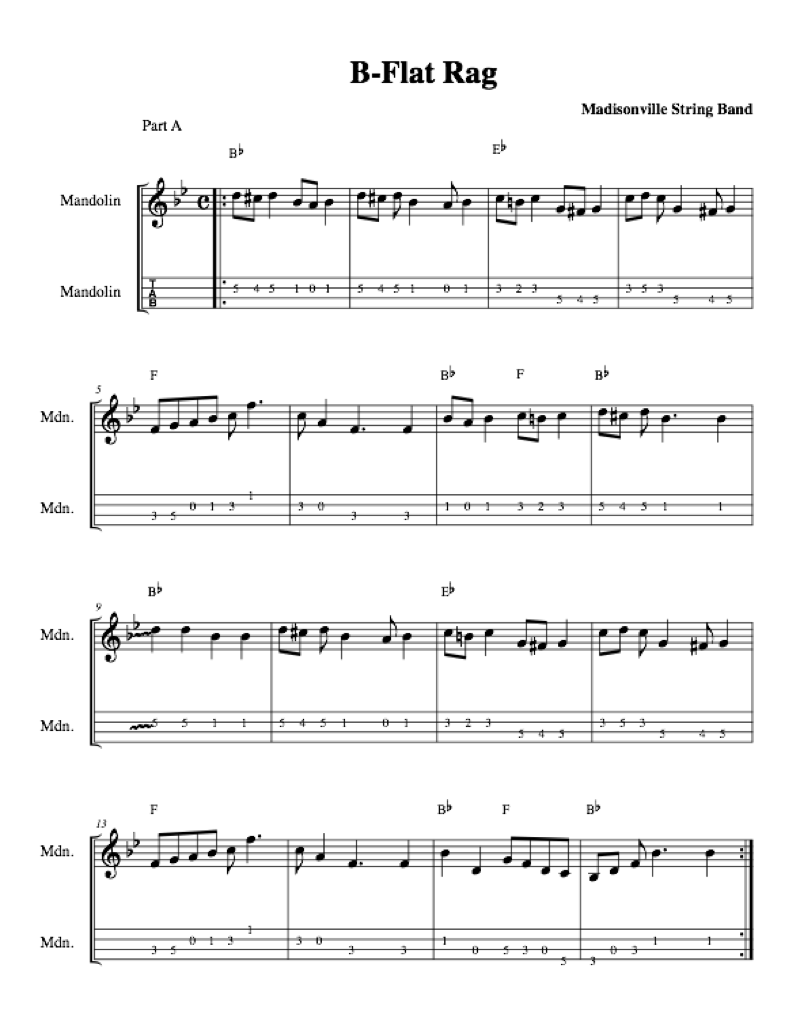